Adam’s was a theorist who wrote several books regarding the economy. His book “ free
hand” supported free trade which entitles that business people should be focused on their self-
interest as it benefits them and also it adds wealth to the nations. He argued that individuals
should operate in a free economy, make their own decisions according to their interest and take
actions that benefit the entire community (Grampp, 2000). He commented that when the 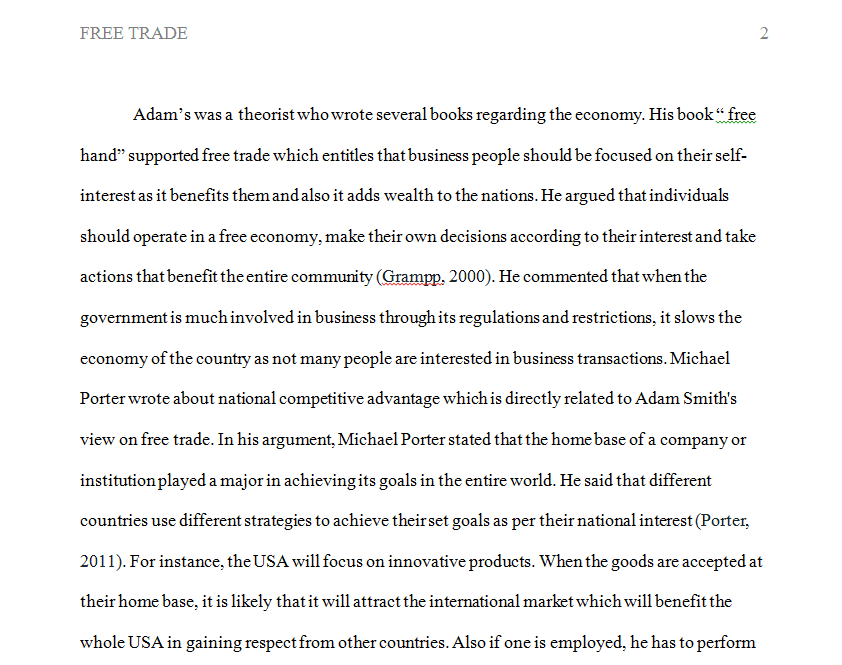