The president of Community Medical Center was having a meeting with the chief of surgery concerning an operating room nurse who many thought had HIV/AIDS. The majority of surgeons in the surgical department had become quite concerned and requested the operating room nurse be removed from his duties in this department. The chief of surgery firmly stated that if the nurse was not removed from the operating room, then a significant number of surgeons (approximately 50) would admit all of their patients to the Community Medical Center’s local rival hospital across the city. Such activities would not only affect the operating room, but also the emergency room, surgical inpatient floors, surgical ICU, and clinical departments such as radiology, clinical laboratory, respiratory, rehabilitation, pharmacy, etc. The possible effects could be millions of dollars in lost revenue and the immediate layoff of hundreds of employees.

When Community Medical Center approached the nurse involved about relocating to a non-patient area with the same pay, shift, and working hours, he refused to accept the offer. In addition, he had contacted a labor attorney specializing in the healthcare industry and mentioned that the attorney had advised that they would file federal litigation in accordance to violation of several federal laws. 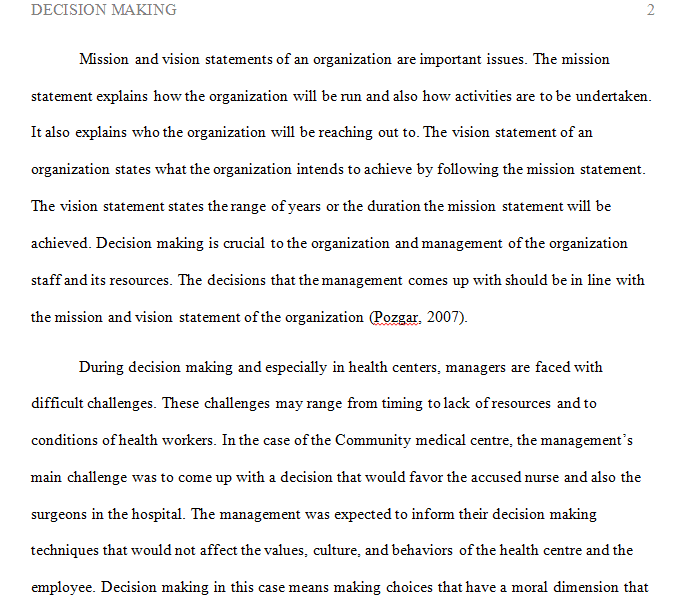