Would have to be a movie we have both seen.

Imagine you are a movie critic writing for your own popular movie blog. Write a 1,050- to 1,200-word review of one movie of your own selection in which you analyze the movie in terms of its genre and the elements of film. As a part of your role as a movie critic create your own scale to rate the movie. For example, a scale of 1 through 5 stars is typical of many movie critic writers. Address and answer the following in your movie review: o

Do you feel the editing was appropriate? Why?

Was the sound use effective or ineffective? Why?

What feelings, if any, did the score elicit?

How was the social context in which the film was made present in the film?

What was the meaning of the film?

What personal influences or biases do you have that affected your opinion?

Was this film enjoyable? Why or why not? o

Would you recommend the movie, and how do you rate it on your scale? 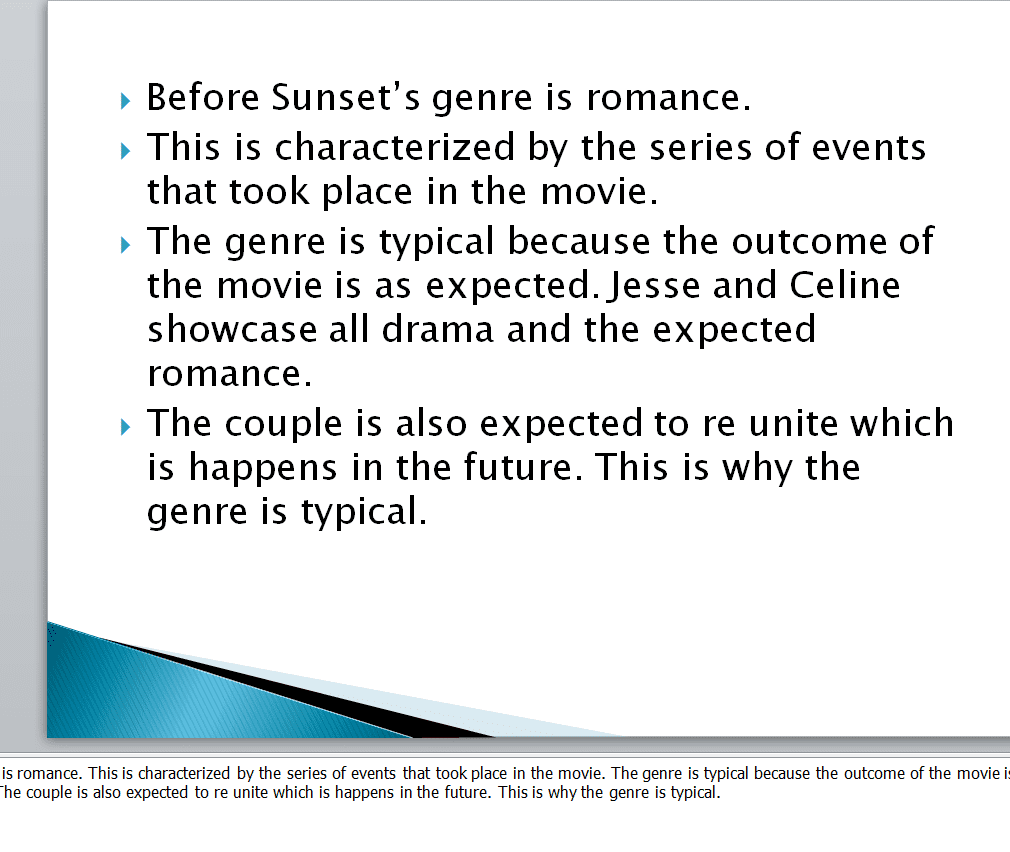