At the end of Chapter 3, answer the Reflection Questions on page 99-100:

The AFL, IWW, and CIO were all created out of frustration with the existing dominant form of unionism at the time. Explain. What does this imply about the future of U.S. unionism?

Look at the reasons listed by employers for being nonunion in the open shop handout in Figure 3.3. How would an AFL leader have responded to these reasons? Is the open shop movement consistent with today’s human resource management approach?

Violence—by companies and their agents, by unions and their workers, by governments and their soldiers—is a recurring theme in U.S. labor history. To Mother Jones this violence “means that the workers would rather die fighting to protect their women and children than to die in death-trap mines producing more wealth for the Rockefellers to use in crushing their children.” Do you agree? Develop other explanations or interpretations. Try to construct alternatives in which unions or workers are responsible, companies are responsible, and the government or the system is responsible.

It’s been written, “The attempt of persons to understand the forces remaking their world and, by organization, to control them, constitutes, indeed, the major motif of the social history of the late nineteenth century.” Describe how this statement applies to workers and their unions in different periods of labor history. How were employers more successful than employees in controlling these forces through creating and shaping their organizations? 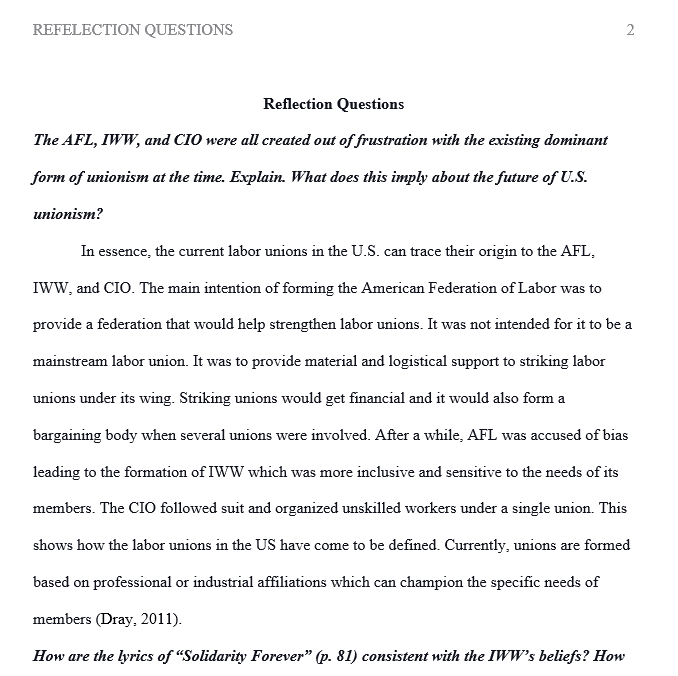