Dr. John Snow was a pioneer in applying the Scientific Method to the study of disease in populations establishing the foundations of the study of Epidemiology. His seminal work was conducted studying cholera outbreaks in London in the mid-19th Century.

1. What were Dr. Snow’s key observations during the 1831 Cholera outbreak in the mining community. Specifically discuss the geographic pattern of disease. Did his observations support the prevailing theory that a miasma (foul odors) spread cholera? What did he hypothesize instead?

2. After studying the first cholera outbreak in London, Dr. Snow had 3 key observations on Cholera outbreaks. What were these three observations, and how did each contribute to his new hypothesis for the transmission of cholera?

3. How did Dr. Snow test his theory in the Grand Experiment (1854) and what were his findings? 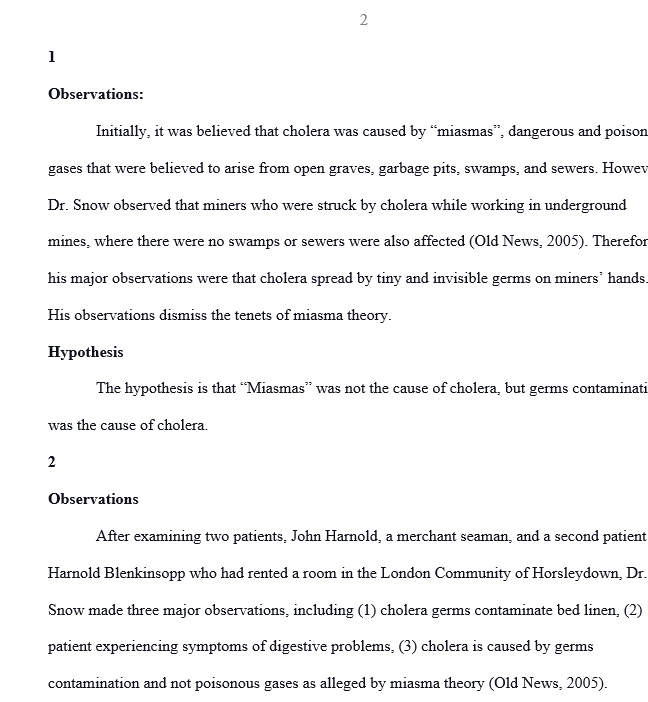