The ultimate expression of freedom in the United States is the right to vote. This
right is deeply treasured by many Americans, but there are those that take the
process for granted. How is my vote counted? Do I have fair representation in
Congress? Does my vote make a difference? These are the kinds of questions a
concerned citizen must ask when considering the voting process.
There are a number of different methods for counting votes used around the
world ranging from majority rule to the constitutionally mandated electoral
college used to determine the US presidency. In order to explore the
complexities of the voting process and methods used to assure fairness, let&#39;s
examine the following scenario:
In the near future, Congress and the states will abolish the process of voting at
the polls in the United States. Instead, all citizens will cast their votes via an
approved and secure smartphone app.
In your post, address the following questions:
Describe what changes you anticipate this would make to the accuracy,
documentation, expense, and convenience of the voting process.
What method of fairness do you feel would be best suited to counting the votes
in this process: majority rule or some other variation?
Explain whether this method of voting could be considered truly secure.
What are some unintended consequences that could arise from this method of
casting votes?
When constructing your response, consider the theories, examples, and concepts
discussed in your readings this module, and refer to them to support your
conclusions. 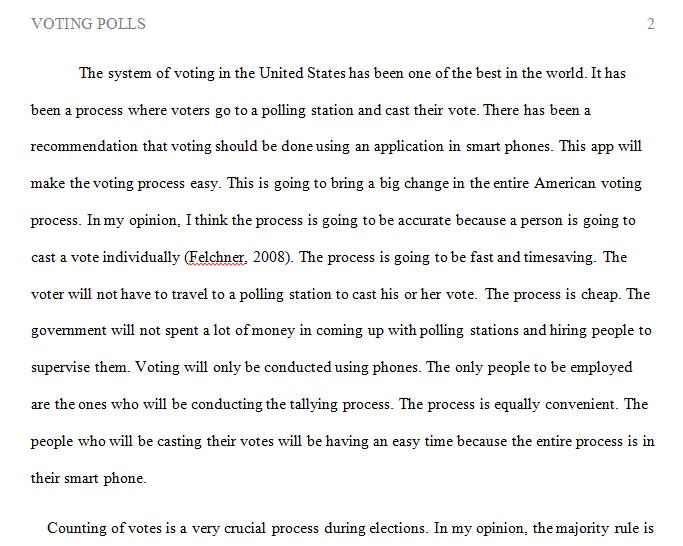