The impact of drug legalization on the economy

There are drugs which are widely used by U.S citizens illegally thus the government does
not gain anything from it. The government may consult and legalize the drugs and substance use
to be freely used. This increases its consumption among the citizens of the country. The use, in
turn, has impacts on the economy of the country both positive and negative. 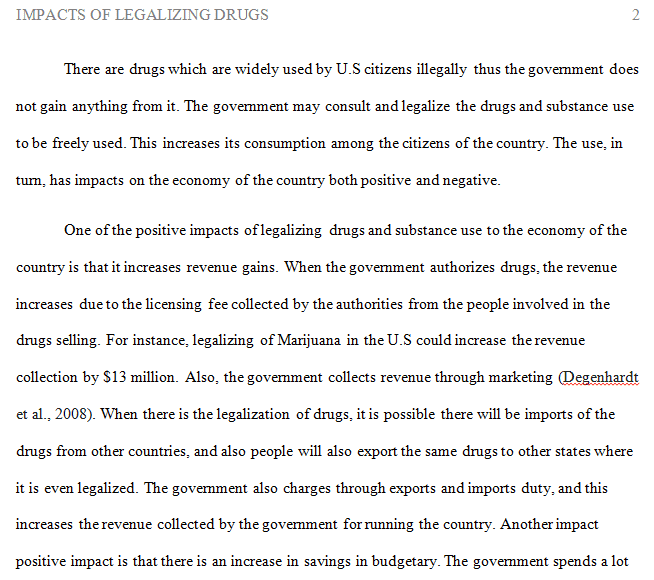