Companies all over the world are engaging use of big data application. Big data
application has now become important practice exercised by the variety of the companies
globally. However, some companies are faced with a critical decision on which big data projects
will suit their practices. Alternatively, that decision swings between two main database projects
which include NoSQL and SQL. Between the two database projects, NoSQL has been better than
SQL due to it superb programming language (Xia at el., 2014). In many instances, it has been 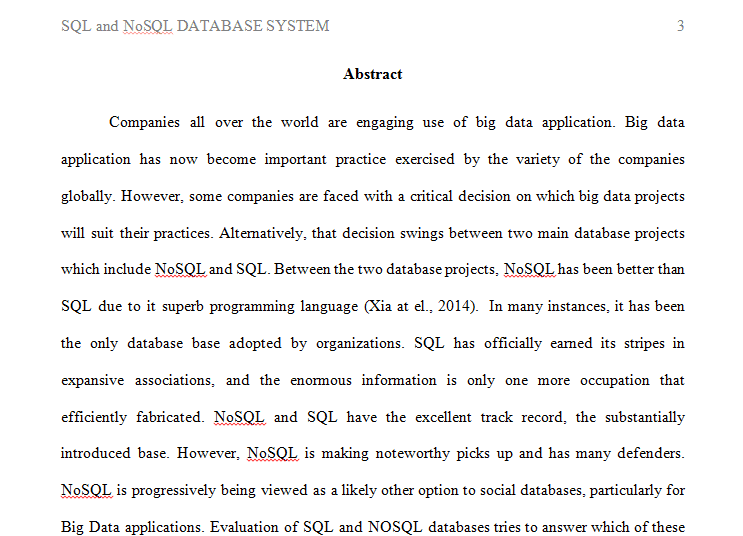